Choosing an opening act seems to be an art of sorts.  There have been way too many instances where I go to an awesome band's gig and they have underwhelming openers.  However, this was entirely not the case on the eve of October 6th in the year of 2006 at The Paramount for the Muse show.  On the "Black Holes and Revelations" tour, Muse brought along this week's BOTW: THE LIKE! The Like is a three piece indie-garage all-girl band that formed back in 2001, and all y'all know I'm all about that girl power!

As soon as The Like started their set, I instantly became a fan! Lead singer, Z Berg, offers a sweet but raspy tone.  Their catchy hooks, driving bass lines, surf-y guitars, and classic rock n' roll pulse allows for sing-alongs and constant headbanging (whether this be at a live show or in the shower). The Like's first full length record, "Are You Thinking What I'm Thinking?", is totally a gem. It's one of those albums that can be listened through without skipping a single song. If I booked The Like circa 2005, they could have toured with bands like Eisley and Best Coast.

The Like's sophomore album didn't come along until 2010, and it was a pleasant surprise to find that they revamped their entire image and sound.  Don't get me wrong, I LOVED (and still do) The Like's indie/classic rock/girl band fusion, but their new mod-60s/Brit-pop revival effort was definitely just as awesome. Think The Pipettes + The Noisettes +  Amy Winehouse + Lily Allen, and you'll get the idea of how the new The Like fits into your music library. Collaborating with modern day 60s revival pros, like Mark Ronson (genius Brit producer who worked a lot with Amy and Lily!), The Like replaced their surf-y garage guitars with more organs and handclaps. On "Release Me", you will hear the same spunk and attitude that The Like showed listeners in their first LP, but you'll get some new instrumentation and retro-vibes on their 2nd album.

Here are just a couple of my faves from each album! CHECK EM OUT!

Wishing He Was Dead

I Can See it in Your Eyes

Until next week my music loving friends!

This week's BOTW is: ACCEPTANCE.  Being one of Seattle's own alternative rock outfits, the band only lasted from 1998 til about 05/06. Acceptance put out a few EPs here and there and a full LP, "Phantoms".  Before they could finish their next full length, the band decided to part ways. If the band ever reunited, my level of excitement would be even greater than when I found out The Postal Service got back together!

Acceptance's "Phantoms" is one of those albums that you can listen to without skipping a single song.  Every time I listen to the record, it takes me back to high school and I can't help but sing along to the undeniably catchy songs. Each track provides a combo of strong melodic lyrics, Seattle vibes (those of Ben Gibbard and flannels), and All Time Low's punk-rock pulse. 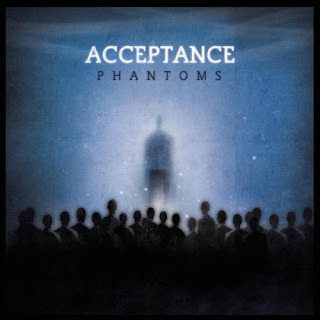 Even after 6+ years of their last album, I will never get tired of listening to "Phantoms". Low and behold the day Acceptance reunites and puts out a follow up album... too many feels! I will continue to tweet them everyday in hopes that they still see that there are still Acceptance fans listening to their awesome music!

Although I LOVE the entire album, here are a few favorites from "Phantoms"...

Hope you enjoy Acceptance as much as I do, until next time!

BOTW #6 - Marina and The Diamonds

Street cred for this week's BOTW goes to my good friend Marissa Ho-ho-ho! (: Every now and then the music loving hipster will be caught off guard when they do not know a band.  In the event that this happens, one would most likely reply with a nervous "yeah, I think I've heard of them before..." and would then be encouraged to up their band-knowing game.  This was definitely the case for Marina and The Diamonds! Ever since I started listening to her music a few months ago I was instantly hooked on her super sassy pop tracks.

Marina's first LP, "The Family Jewels", gives off the indie/alternative vibes of Tegan & Sara and Florence + The Machine, while also embodying Gwen Stefani's edgy pop stylizations. On her sophomore release, "Electra Heart", she retains her signature in-your-face lyrics and catchy melodies, but adds a more poppy feel comparable to Katy Perry and Lady Gaga. With fierce vocals, lazer synth lines and a few 80s-inspired beats, Marina will keep you singing and dancing all night long! (Also, I love the puns in her song titles!)

Despite her millions of YouTube views and online fan communities, I have yet to hear Marina and The Diamonds on pop radio and this needs to change! Marina's pop concoctions have substance and her lyrics are a breath of fresh air from the meaningless top40 dance songs we are hearing nowadays.  On that note, go check her out!

Here's the rest of her tour: http://www.marinaandthediamonds.com/live.htm


Have a very musical rest of your week and thanks for reading and listening to great music with me! (:

This week's BOTW, NEW POLITICS, will surely cure your mid-week blues with their upbeat, rock-along songs.

Thanks to my local alternative radio station, 107.7 The End, I became acquainted with "Harlem", their extremely catchy new single.  If Hot Hot Heat and The Strokes came together to write a song, I am positive it would sound like "Harlem".  With the megaphone vocal filters, contagious dance-rock melodies, and air-drummable beats, headbanging and singing ruthlessly in your car is inevitable.

New Politics' self-titled debut album was released in 2010.  You can expect to find 10 quality songs that are danceable alt-rock infused with some Beastie Boy-esque raps and happier-Nirvana-esque quitar riffs (i.e. "Yeah Yeah Yeah", "Love is a Drug", "Dignity").

These Danish rockers have definitely made a mark in the American alt/indie rock scene and I am stoked to get my hands on their second LP/see them live!

Currently on Tour...
w/ Twenty One Pilots.. and they aren't stopping in Seattle ):

Side Note: When I did a Google image search of "New Politics band", Beyonce came up the 4th row down. She really is the Queen.

A-Tran
Seattle, WA, United States
Hello Fellow Internet Surfers! My name is Amanda, but you can call me A-Tran. I am a fangirl of sorts. Let's talk music. (: